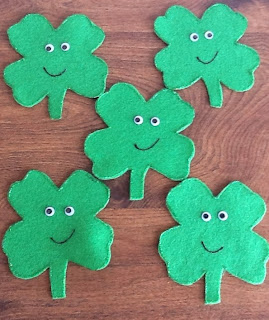 St. Patrick's day is around the corner, so I decided to make some clover. I went online to images and traced a four leaf clover and preceded to make my template.  Then, I went looking for a poem to go along with them. The following poem is very popular and found on many sites.  It was then I realized, that a shamrock usually only has three leaves! 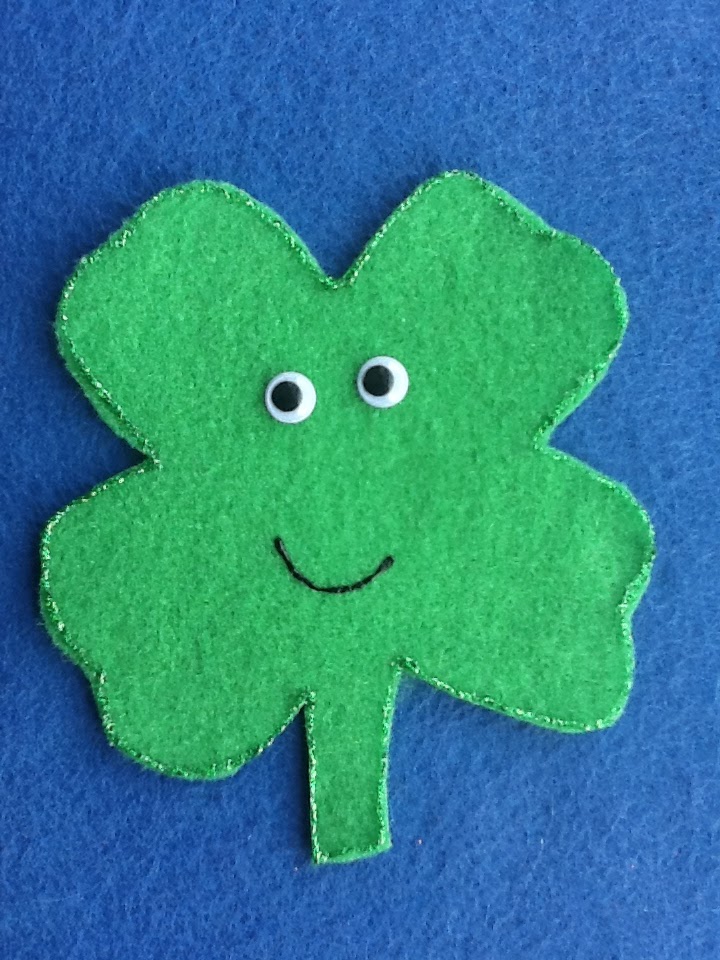