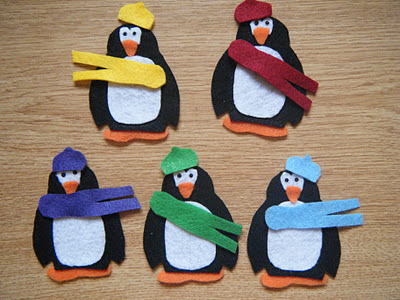 With the increase popularity of Club Penguin and the many movies and television shows created for younger audiences featuring these black and white birds, penguins are fun animals to include in a preschool curriculum. Penguins can be found within a number of preschool lesson plans, such as arctic animals, ice, and birds. This article suggests ideas for a theme day (or week) surrounding penguins with preschool songs, books, crafts and other activities.

Begin a theme on penguins at circle time by asking the children what they know about penguins. Record their answers and use as a starting base for the learning process. Facts to share with a preschool classroom about penguins:

I'm a little penguin, black and white
Short and wobbly, and adorable sight
I can't fly at all, but I love to swim
So I'll waddle to the water
And dive right in!

The penguin slides over the ice bank
The penguin dives into the sea
Look at his black and white feathers
That penguin's as cute as can be!

With five felt penguins, or other penguins made of material that can be placed onto an easel board, the teacher can use this poem at circle time: 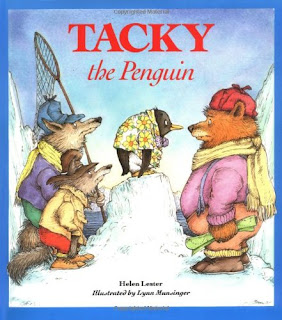 The following are some suggested preschool books about penguins: